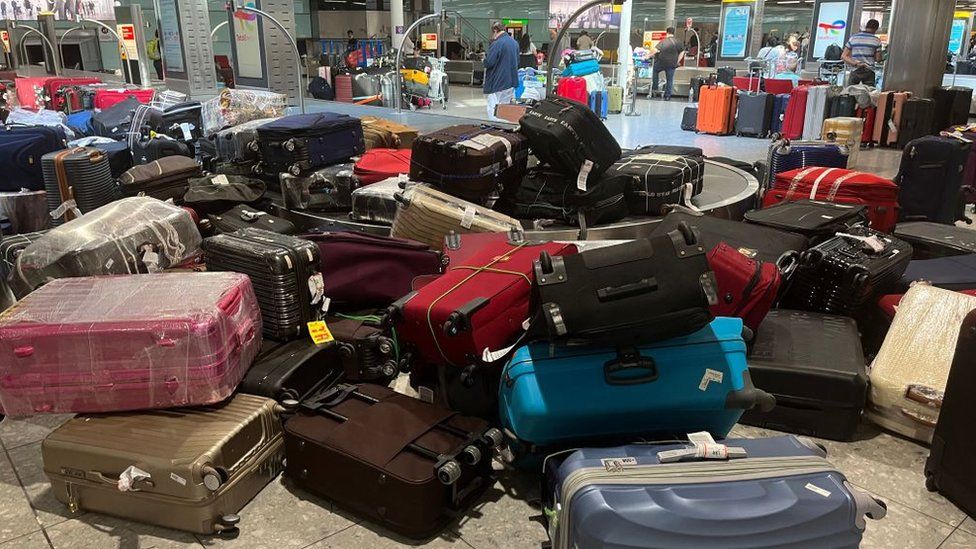 Jenny Loucas scrolls through photos of her 40th birthday celebrations in Greece, knowing that much of the clothes and jewellery she had worn in the pictures are lost for good.

For while she had enjoyed a wonderful holiday, her luggage then disappeared after she had checked it in for the flight home to London Gatwick.

"I had such a lovely time, but came back to a low," she says. "I look back at some of the pictures and think, 'oh no, that was in the bag too'."

Two months later and Easyjet has confirmed that her luggage has been permanently lost. "We are very sorry for the loss of Ms Loucas's bag, and we understand the frustration this will have caused," an Easyjet spokeswoman told the BBC.

As newspaper headlines and social media posts around the world have shown in recent months, Ms Loucas's case is far from unique, with some commentators calling it "the summer of lost luggage".

The situation has been blamed on staff shortages both at the carriers, the airport security staff that have to scan all the checked-in luggage, and the ground handling firms that are typically employed to get all these suitcases and bags onto the planes and then back to the carousels.

With many of these teams seeing redundancies during the pandemic, they now can't cope with the pent-up demand to go abroad on holiday again. It has led to images of hundreds of missing suitcases piled up in warehouses.

And one insurance firm, Spain's Mapfre, said that the number of passengers reporting missing luggage this summer was 30% higher than in 2019, the last year of normal travel before the pandemic.